The present paper is based on the concept of intersemiotic translation coined by Jakobson and its application to translations from text into illustrations. On this basis, the paper seeks to establish a model of analysis that relies on Leuven-Zwart’s comparative model and applies some of its tenets to intersemiotic translation processes. The framework suggested here firstly splits both text and illustration into small units of meaning that will facilitate an ensuing contrast between them. This comparison will lead to a second stage where possible shifts of meaning will be spotted and analyzed. It is expected that the results of this stage will help determine the dynamics between a text and its corresponding illustration. Eventually, the aforementioned analytical model will be tested on a series of illustrations from two different picture books: Titch and A Couple of Boys Have the Best Week Ever. 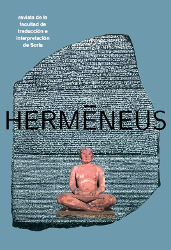